They have arrived fresh off the press literally 6pm, 7th March 2017 across the Pacific from Montana to Furano. Let’s get them mounted, cut the skins and get them ready for tomorrow, my last ski day in Japan this season. Weeks of planning, logistics and labour had got us to this point thanks to Ben. 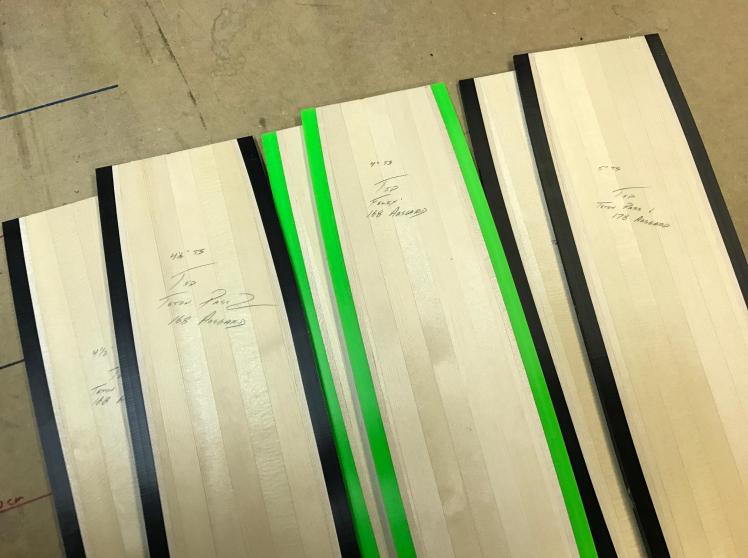 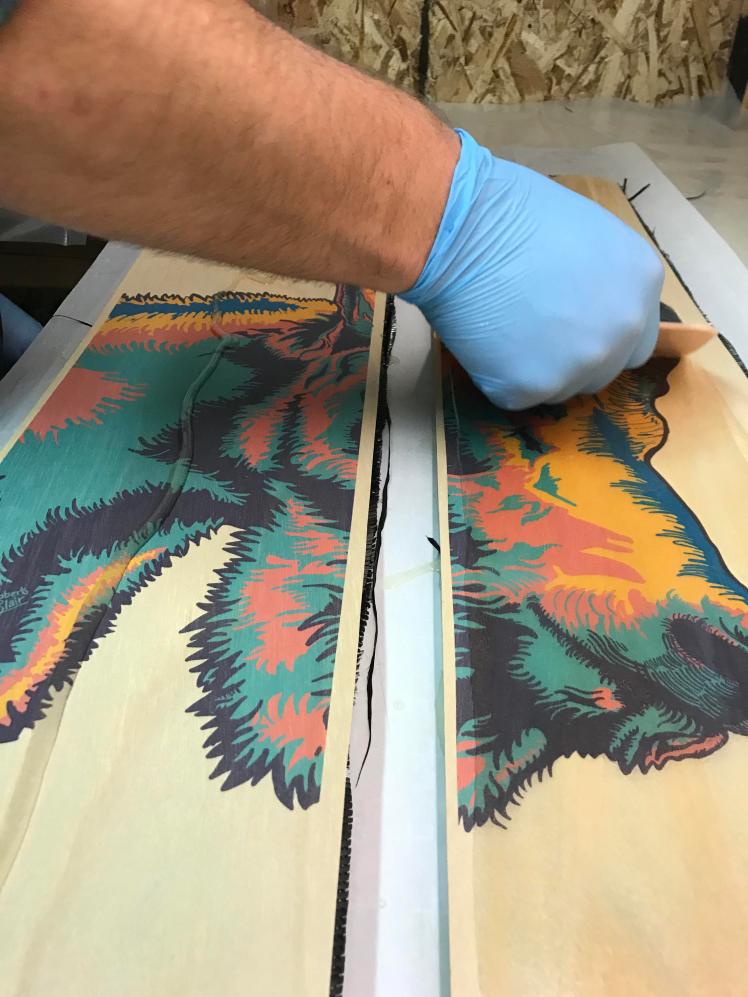 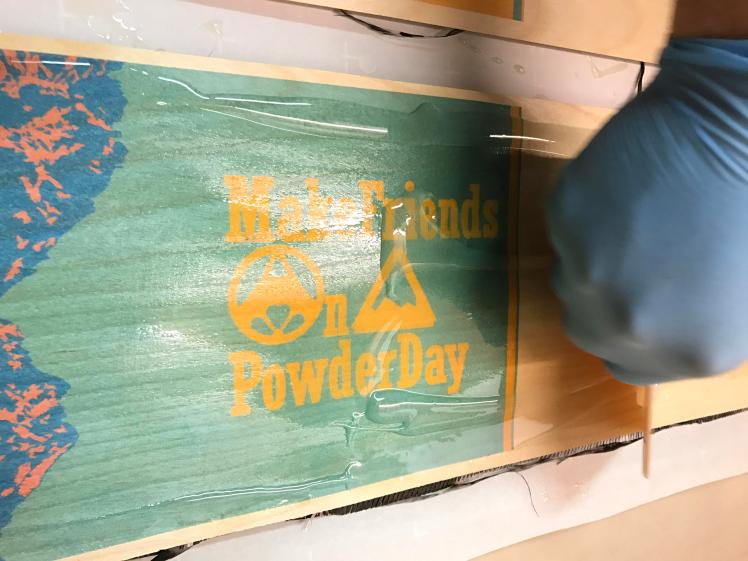 Straight out of the box, the first thing I noticed was the weightlessness of the skis. The graphics on the wood veneer top sheet was ‘so good looking’, that it would become a conversation starter on the slopes on many occasions subsequently. Ben had also incorporated the MFOAPD logo on the tail of the skis, which looked incredibubble. Thanks Andy for mounting them with a pair of G3 ion bindings, and noting that there was no metal shavings from the maple binding plates.

Sapporo Kokusai Ski area was the chosen area where the Aasgards would be tested, and condition couldn’t be more primo. The coastal proximity of the area didn’t increase the density of the snow at all and we found ourselves a minimum of 4cm of super dry japow up to around knee high. I wasn’t too bothered with turn radius or any technical feedback other than float and how playful the skis were. With the weight of the ski at under 1400g each, they did not really want to stay on the snow. Any chance of getting airborne they took it. They were poppy and ate up any of the deeper pitches with ease. To avoid talking in a mono-dimensional way I would say the rocker/camber combination with the 106mm under foot waist and the respective tip dimensions the Aasgards skied very well at speed whether it was tight short turns or larger GS style turns. At first sight, I would have thought the rocker angle maybe a little flat for the deeper softer snow, but that was not an issue at this depth and quality of snow. The Aasgards were quite stiff especially for its weight. I found myself skiing more assertively with the feedback from the skis. All in all, on this inbounds powder skiing day, the slightly shorter, slightly thinner and largely lighter Aasgard (as compared to my previous skis) handled the soft condition perfectly with a playful sense of pop. I was starting to like the idea of downsizing from the fat skis that was all the craze in the past few years.

I had a brief hiatus before heading to Iceland a few weeks later to put the Aasgards through some ski touring, and corn to firm snow conditions. I could not overstate the joy of handling, carrying, touring and boot packing with these ultralight skis. Light skis, indeed, travel further as Coopskis claimed. One of the attributes of the Aasgards was the tail length. For skis with decent floatation the tail lengths could often be long. This translate to a more fidgety kick turn with the need to bury the tail under the other ski. This was not necessary, and the kick turns were a breeze. 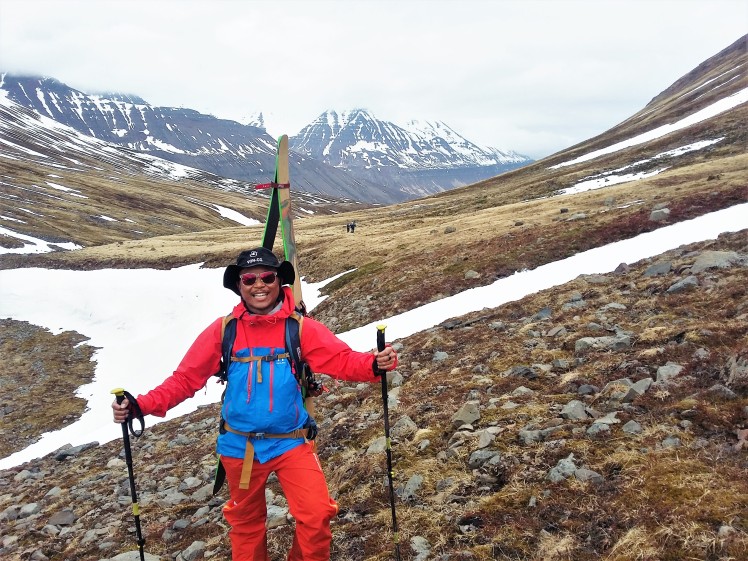 Corn skiing was just hero condition, so I expected the skis to respond well, and they did swimmingly. On firmer more icy patches, the turn radius and the camber did come into play. The 168cm had a 19.5m turn radius and I let the skis run along their edges without any chatter, and found them to manoeuvre nicely as I tightened the turns. The skis did not like to go ‘fakey’ as much as I did, although they coped well with the minimal tail rocker as long as uneven snow patches were avoided. To complete the performance test, I took them through a wet slush avalanche path to see how they would fare, but could not come to a reasonable conclusion as it was unenjoyable and clunky as expected. 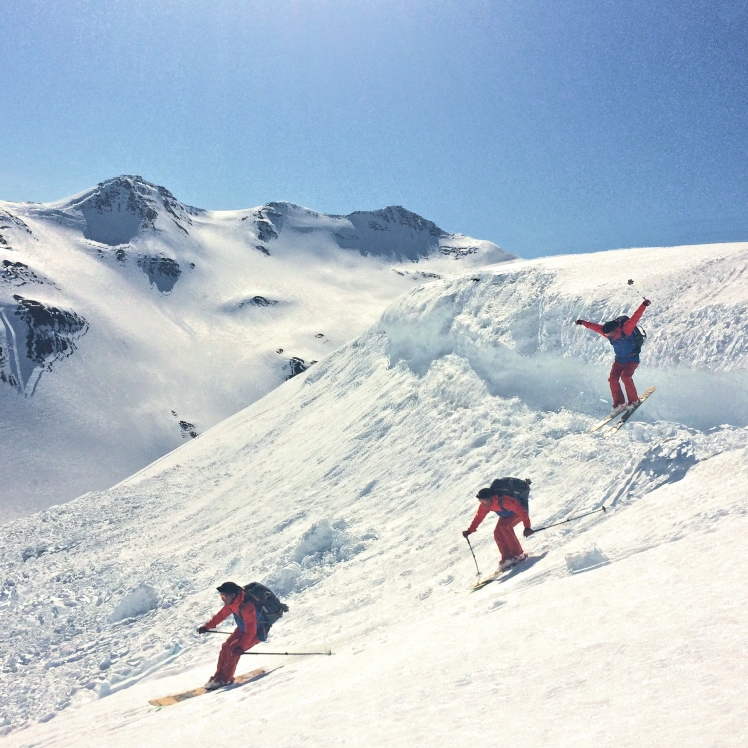 I am generally very impressed with how the Aasgards skied in soft conditions and they handled well in harder surface. I have yet to land a bigger drop with the Aasgards and see how it will pull out of the landing. It is without doubt a great pair of touring skis. I will be happy to only ski this pair of skis in the Japanese and Icelandic conditions as described, and I shall do just that next season. I am on board with the slimmer and shorter dimensions cutting down weight, but increasing playfulness and ease of uphill ability. I am enjoying the option of skiing faster and staying afloat, verse skiing slower and being in amongst the snow, making the most of whatever snow depth is available. Check out Coopskis for technical information, materials and constructions on the Aasgard and other Coopskis. Thank you Ben for documenting the various stages of the build.