We were still waiting for snow, but it wouldn’t come for another three days.

Our crew of four high calibre skiers and a solo snowboarder gathered in Asahikawa for the start of our trip. A welcomed mix of urbanism, restaurants and sky bar. Without any refreshment of the snow cover compounded with the recent wind event, expectation of that Hokkaido blower powder snow was on hold. This was a rare unseasonal occurrence as Michael and Steve who started skiing in Japan almost 10 years ago testified. For now, Taylor and Doug who were here for the first time would just have to settle for us talking about how good it was and could be.

With all the talk of great snow fall down south in Honshu (the main island), I must mention despite the lack of new snow in Hokkaido the groomers were always in immaculate condition. The pistes were grippy and smooth and were a joy to ski. Without venturing deep into the backcountry in search of the soft untouched snow, we tested our skills in between the trees in variable snow consistency. There was no easy meandering skiing in the forest, the condition required the best of our abilities. Jeremy our snowboarder ploughed on through as I kept my skis as close together as possible to mimic a snowboard.

On day four the snow finally arrived, and it was a proper powder day in Furano. And you know what they say about friends on a powder day. The crew split into two and went on to tear up different lines. It was the first opportunity to take a few snaps, and as the pics showed the vegetations were still well protruded. It was a great day, and Doug & Taylor had their first taste of the famous white stuff. 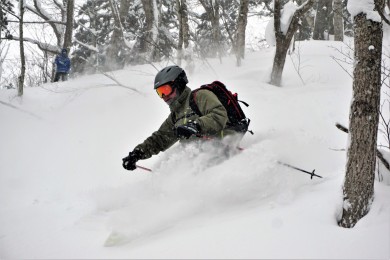 Steve owning it amongst the trees 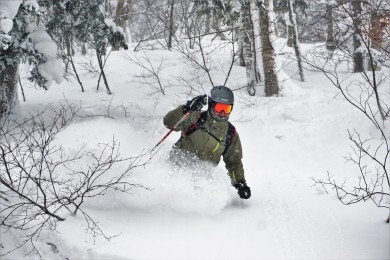 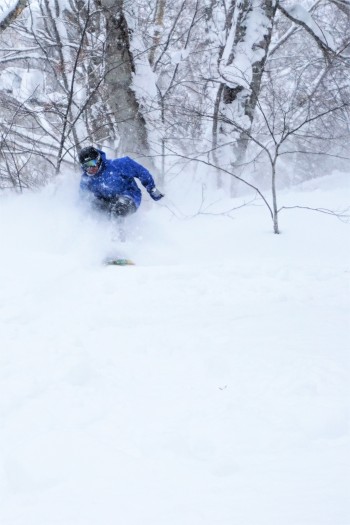 Jeremy preferring the soft stuff than the piste 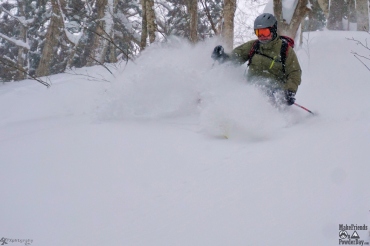 The pick of central Hokkaido the next day was Tomamu, and everybody was onto it. And it was magnificent! Over 200m vertical meters of fresh blower powder snow, lift accessed, and plenty of lines to share the stoke with the numerous groups of skiers. It was powder day at it’s absolute best, and Hokkaido was back in action. Tomamu came second on my favourite list last season, and it had put up a real great performance to win my affection today. Thanks to Michael for pointing out the exit and the crew’s adventurous approach as we explore an amazing area new to me.

The elusive Doug.. finally spotted in Tomamu ripping it up 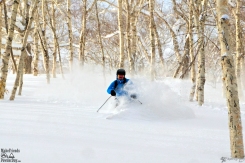 Micheal in his element, this guy is good!

One of freshline for Taylor before the end of the day. 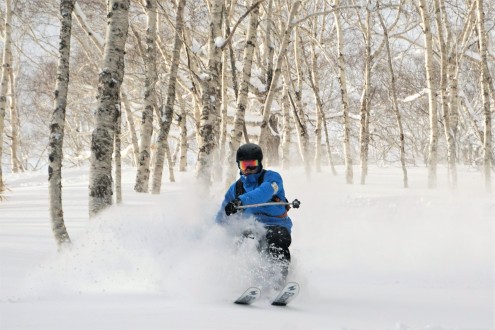 Michael picking another perfect line on our ‘second last’ run 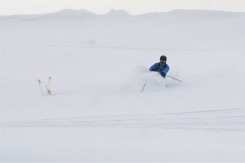 This post is a little lean on pictorials for many reasons, the lack of snow at first and at the latter stage there was too much powder skiing to bother with taking photos. We had a full spectrum of skiing from groomers to pow, and it was a joy to have skied with the calibre of skiers we had this trip. Two phenomenal sidecountry days in the top two resorts in central Hokkaido in my opinion with a fantastic taste of that incredibubble champagne powder snow of the north.