It was shaping up to be another epic day at Asahidake with the largest crew so far, though the changing wind had the last say about the snow condition. The alpine area was severely wind scoured and packed. Vis was no more than 50m, mostly a white out. Navigating a rather familiar path was not easy with a lot of snow transported away from the ridge.

The lee side of the gully was still soft although somewhat packed down. We decided to head into the treeline for some sheltered conditions and left the skiers which skins to explore.

A quick bowl of what I deemed to be the best combo ever – tonkatsu ramen and we were off again. The treeline didn’t disappoint and we even found a little wall ride off the uphill side of a pine tree to launch off. Whilst some did it in style, Sorren managed a 1/2 frontflip leaving his right ski at the take off. It was nothing short of spectacular! 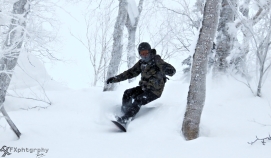 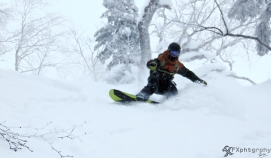 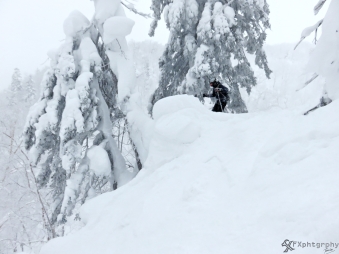 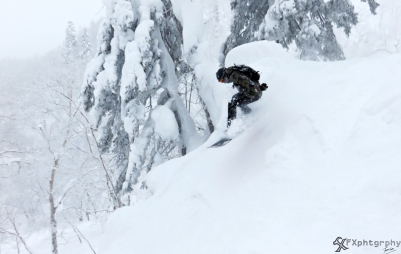 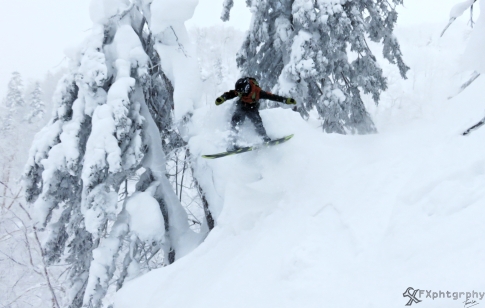 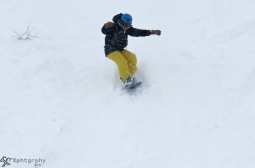